Getting a Graduate Degree from Amazon Prime: New media as educators

Or it could be from one of the other access sites, Netflix, Comcast On Demand, Peacock, and the rest. But I think Amazon Prime has been designed to attract a wide variety of entertainment seekers: huge amounts of TV shows and movies from genres including sports, mystery, classics, children’s, art, music, thrillers, Black-interest shows—on and on. Every day there are new offerings gleaned from national, public interest and local TV outlets and individuals and institutions which have created television material of an hour or more.

What I have learned in the past Covid months from Prime that I never knew before:

That the Goths and Visigoths who finally took over Rome had come from Sacandia—our Scandinavia, and traveled thousands of miles through many decades to find warm, welcoming homelands. Crossing southern Europe, they went by the tens of thousands to Carthage and then back over to Italy and sacked it, but also served in the Roman army, fighting sometimes and dealing sometimes, until they were absorbed all over the failing Roman Empire and became the ancestors of modern Europe.

That was today. I have a master’s degree and half a doctorate in English, specialty Victorian literature.

I have taught for twenty-three years seniors in high school and freshmen in college. 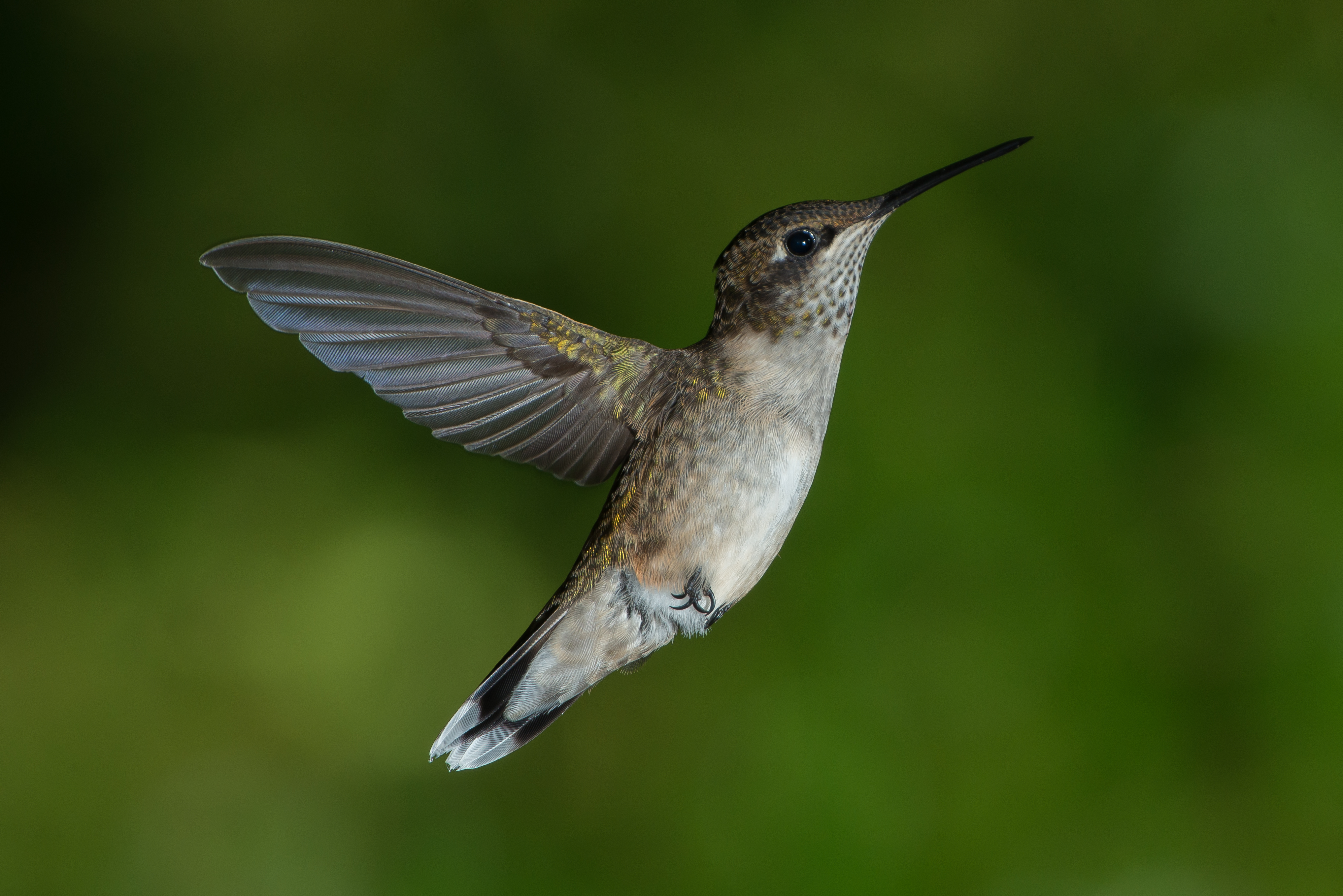 But I did not know, had not ever heard that:

Well to recall that not everything you see on TV, or read in a book, as my Dad used to say, is necessarily true. Book sales this last year, 689 million units, continued to be significantly up from the period five years ago. And this in the face of little podcasts online, audio books and the rampant growth of online movies.

These audio books were up 16% and generated over 2 billion dollars. We at Hawthorne put out our first audio book As I Remember: A Walk Through My Years at Hughes Aircraft by Scott Walker.

Quarantined or remaining by choice at home, America has binge-watched “Story” on TV—binge-worthy movies on Nexflix, Amazon Prime, Peacock, Disney Plus—the list of choices is huge and growing every week. The thirst for a good story, eternal and old as mankind, has gripped our people again and in a new form.

Amazon Prime has captured those at my house. Its variety of movies, serial mysteries, sports tales, documentaries, lives of history’s leading artists and musicians, Royals, Black history stories, and much more is astonishing, and I intend that in the real meaning of the word. I see the choices, for instance, on the PBS channel, hundreds of them, with my mouth open. When and where were these excellent shows originated, how did they get grouped for this channel and—when can I see more? 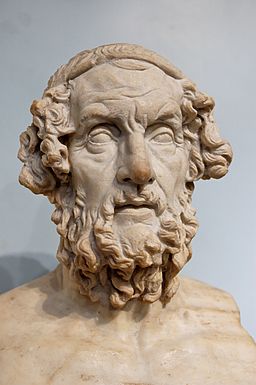 Movies about World War I and II, supernatural tales, travelogues, brutal fight stories, westerns, and a whole range of special-interests for children and in foreign languages are spread before us like a gorgeous buffet at the Grand Hotel on Macinac Island. Line me up! Call the food in! Forget the dusting and other chores. My eyes are glued.

Six hundred-seventy-five B.C. Homer wrote “The Odyssey” after generations had spun the tales, grandfather to grandchildren and on down as oral tradition. Many of us believe it is still the greatest story ever told and its themes and myths and tales flow through the literature in the new media.

We are still sitting around the campfire and when we say “Give us a Story,” the answers are there as never before.

Book sales during the Pandemic

Book sales have always done well during times of crisis, though one can’t say those sales are always in bookstores. Bookstores, like other businesses which have had to close or open on a limited basis, have needed to use ingenuity to survive and many have been able to do that—some not.

Barnes and Noble stores used the opportunity to rearrange and redecorate their stores, which they had intended to do anyway. They have “temporarily” removed the comfortable chairs scattered throughout the stores. One manager in Williamsburg Virginia says, “Those chairs will be back, but we don’t know just when.” The new look is intended to combine comfort and modern taste, but not neglect traditional bookstore ambiance.

Our own sales at Hawthorne Publishing are slightly down on the backlist titles, and our two new books are just ready for posting, so we can’t say what the traditional ordering patterns are for our “from the Hawthorne website” sales.

One thing we see for certain is how old-fashioned book marketing can affect a title, even in this day of Zoom and virtual massive advertising and Amazon’s glitzy marketing to the customer.

We employ some of all of this, but our basic market is Hoosier afficionados—people who have an interest in Indiana history, from our mainline website and catalogues. Orders continue to come in, but slower than usual, possibly because our greatest market is Indiana libraries and they have been closed or only recently opened again.

Most interesting and impressive are sales of one book from our small Winds of Change Division, which features books of a spiritual nature. We have featured “popular history” books from several denominations with a focus on the Christian Science congregations across America and the world. There have been major sales for one title from the UK and Europe through specialty bookstores there and continuing sales of hundreds of this title throughout the pandemic, just from the website.

What is it? The title is Cracking the Camouflage Ceiling: Progress through Faith Persistence and Progress During the Early Integration of Women in the Military by Chaplain (Colonel) Janet Yarlott Horton. This story, which I helped develop and edited, is by one of the first three women chaplains in the U.S. Army. Colonel Janet joined the army in the 70s, when women were just being admitted to the armed forces, and she and the other “faithful few” females both in the chaplaincy and the armed forces in general faced strong opposition and outright hostility on the part of both enlisted men and officers. The stories Colonel Horton tells are surprising in their intensity, as officers sneered at her, kept her from rightful recognition, chased her down the road, and even spat upon her.

But this is a story of courage, perseverance and trail-blazing. And of faith; each chapter of the book is headed with a Bible quotation, or sometimes a quote from Mary Baker Eddy’s Science and Health with Key to the Scriptures, the study handbook of Christian Scientists. Colonel Horton became an example for other women, particularly in the chaplaincy, as she patiently stood for principle and military protocol and procedure when issues arose. Prayer became customary for solving problems with men and officers; after all, Janet Horton was a chaplain.

There is much to learn about the chaplaincy of the armed forces in this book. Protestant, Catholic, Jewish and Muslim chaplains serve and often work together. No denominations are emphasized or observed, and the training of all is to be able to serve different faith traditions.

Interesting is the variety of postings where she served, including Indianapolis’s Fort Harrison, with a final posting at the Pentagon. Janet Horton was present but out of her office on the other side of the facility when the plane hit the Pentagon on Nine Eleven. Her office was one of those hit. Her story of all the Pentagon chaplains entering at the end of the day to accompany the mortuary corps into the burnt-out Pentagon is touching and inspiring.

This book has been predominately sold, surprisingly, by a method known by booksellers for some two-hundred years: word of mouth. More on that in the next blog.

I confess I have become addicted. With a new, large-screen TV and Amazon Prime for the first time, we have “improved” the staying-at-home time by getting interested in, and viewing, English detective series. There are many types on Prime, probably twenty or thirty different detectives, male, female, black, white, working class, spy-types, brilliant misfits and gentlemen and ladies. Their settings range from the British Isles to India and Canada.

We sampled various English series ready for streaming. We had experienced this year’s detective series on weekly TV, which we found often of poor quality. The recent PBS English series like “Grantchester” Season Five don’t add up at all to the richly portrayed and plotted series from about 2000 to 2015. Weak, repetitive plots about the mistreatment of certain groups, and hard-to-believe personal conflicts, stereotypical portrayals and poor acting on the point of the leading characters have dragged down this sparkling and usually interesting genre. So we didn’t know how good the earlier series were.

In its heyday Inspector Linley and Barbara Havers in “The Inspector Lynley Series” are seen speeding through about fifteen episodes now available on Prime and cleverly stopping bad guys from Cornwall to the Lake District (the script writers always have the team requested on loan to come from their London posting). The variety of settings and characters is wonderful and the interaction of the detectives originated by novelist Elizabeth George believable, even though the TV version has a much prettier and thinner version of Havers than George’s chubby gal.

At best, the variety of geographical police department in these series allows us viewers to sample the countryside of Wales, Scotland and beyond. Best in this “scenic sleuthing” department is “Shetland,” which is a series of about ten episodes on Prime which reveal not only a sensitive and intelligent detective and his staff in dramatically excellent portrayals, but also the starkness and wind-swept beauty of the Shetland Islands, about which I knew very little.

As a writer I see the elements of excellence in story-telling in the best of these English detective mysteries. The elements of the spinning of tales has remained the same since the greatest of all the adventure stories was told about 600 B.C “The Odyssey.” Set up a variety of characters and settings amidst which the leading characters will journey, give all the characters flaws which emphasize human nature, bring in a variety of exciting adventures before the revelations, keep everybody in suspense until at the end and pepper the narrative with songs/poetry/ background.

Colin Dexter’s Morse was a marvelous series of novels before his episodes were adapted for TV. There are 33 episodes, originally seen 1987-2000. His character Chief Inspector Endeavor Morse played by John Thaw is salty, very intelligent, basically a loner who yearns for companionship and the best detective in England, relying on his experience and instinct—and the desire to go beyond.

His assistant Lieutenant Lewis, a working class “natural” played by Kevin Whatley, is a perfect addition to the plot as well as a foil for the older Morse. Beautiful women adorn each segment and Morse usually ends up taking one or two to the local pub for the English beers he habitually downs (and which are ruining his health.)

These episodes, with soaring or ominous background music and the settings of green and blossoming traditional Oxford University, appeal to the viewer’s ability to concentrate. They are a real embellishment to the genre established by Edgar Allan Poe in his scary short stories of “ratiocination,” like “The Purloined Letter.”

We hated to see the series end, unusually, with Morse actually dying. I’m looking forward to having Prime pick up the “Lewis” series which was done later in time and shows a mature inspector, well trained by Endeavor Morse in the earlier episodes.

Nancy Niblack Baxter has written her own detective novel set in Indianapolis 1895: Charmed Circle. It is Novel 5 in the Heartland Chronicle Series.